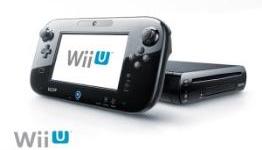 The Wii U Will Do Just Fine

TheParanoidGamer writes: "There are many out there that have anticipated and heralded the doom of Nintendo on a seemingly endless number of occasions (you know who you are). Those individuals would say the venerable company has been on a continuous decline, and then completely abandoned the hardcore fanbase with Wii, and many believe that the Wii U will be Nintendo’s death rattle. Not only do I believe the doomsayers are wrong, but I believe that the Wii U will have good sales, and indeed given the right circumstances could be a smashing success."

I certainly think the Wii U will have it's own decent install base.

I'm still skeptical on the whole effort Nintendo is putting into it, but thanks to one of my favorite devs being on board with not one, but TWO titles I really want, I'm optimistic.

I hate the Wii but i want a wii U cause its HD.

The most important thing for Nintendo is seeing to third party games selling well. It's no surprise that the WiiU sold out so fast, just look at how well the Wii sold. The true battle and measure of success for Nintendo is how well third party games sell on the WiiU. The move by them to not push 1st party games right now is definitely the right one. Keep the spotlight on the 3rd party titles and get people use to buying games that aren't made by Nintendo right away.

This is crucial. I bet half the comments I make on this site is on Nintendo's need to relinquish themselves from the curse of dismal third party support. This alone will determine Wii U's longevity. Not competing with third party support was a good sign.

They need to show us how serious tbey are about online support, and re-engage third party support. They have a real chance to come back strong, we'll see what happens in two years. Then we'll know

Thanks everyone for the comments on my article.

Looks like a lot of people agree that if Nintendo wants to be successful they have to show us that they are serious about online and rally third party. I think they are showing great promise with the third party support.