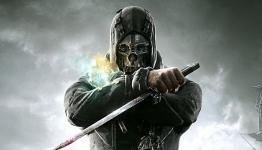 If there’s one thing to nitpick about 2012’s video game industry, it’s the lack of large new intellectual properties. From Final Fantasy XIII-2 to Resident Evil 6, sequel fatigue is setting in hard, and with two more months of the same, the creative pool is running dry. Fortunately, one game stands out this Fall as something different from what we’ve come to expect: Dishonored. From Arkane Studios, creators of 2006’s Dark Messiah of Might and Magic, comes a semi-open world stealth action title that experiments with new ideas and even some witchcraft. Will this be the refresher we’ve all been waiting for, or will sequel-itus plague us the remainder of the year?

Adhttps://n4g.com/General/Sponsored/arise
- Comments (0)+ Comments (0)
TopNewestOldest
The story is too old to be commented.
110°8