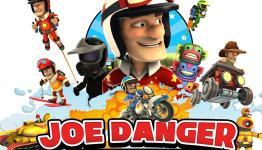 Push Square: "For many, the Joe Danger franchise will forever be associated with PlayStation. After struggling to find a publisher, Guildford-based indie developer Hello Games signed up to Sony’s widely-publicised ‘Pub Fund’ scheme – a move which provided the studio with financial support in return for exclusivity. The game proved to be one of the PlayStation Network’s biggest hits of 2010, prompting positive word-of-mouth from multiple corners of the PlayStation community.

"In the eyes of some fans that viral promotion ensured Joe Danger’s success, so the confirmation that its sequel Joe Danger 2: The Movie would launch first on the Xbox 360 caused a minor backlash. Hello Games has since revealed that it wasn’t allowed to talk about the PSN release due to contractual obligations – but it has produced the port in record time, promising an additional 10 hours of content for patient players.
Stunt master

"In order to celebrate the game’s overdue arrival, we sat down with Hello Games’ technical director Ryan Doyle to discuss delays, inspirations, and the future of the Joe Danger franchise."

pushsquare.com
- Comments (0)+ Comments (0)
TopNewestOldest
The story is too old to be commented.
410°21

Which of this weeks Xbox Live Deals With Gold bargains should you pick up? – 10th March 2015