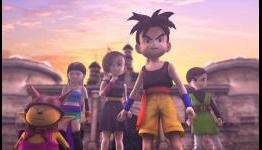 Role-play gaming has taken quite a turn over the last decade. Some say for the better, others argue for the worst. A few of the major RPG franchises, namely Final Fantasy and Dragon Quest, have changed notably. With the rise of Western RPGs and the new direction Japanese RPGs are taking, many gamers have turned their backs on JRPGs altogether. Old RPG fans that grew up on the 80’s and 90’s releases aren’t particularly fond of the new direction many of these JRPGs are taking, desiring the traditional style of role-play gaming that could be found with about any title you could pick up in the mid 90’s. For those that miss the old-school feel of a role-playing games, you should check out Blue Dragon.

All Final Fantasy Villains Ranked From Worst to Best

Upcoming Games Q1 2021, The Merits of the Soulslike Genre

Final Fantasy plushies are now available for pre-order at Playasia