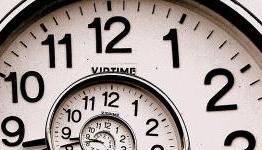 This obsession with game length

A look at the obsession with video game length and its believed connection to quality.

thunderboltgames.com
- Comments (3)+ Comments (3)
TopNewestOldest
The story is too old to be commented.

Game length is important when SO MANY GAMES these days are shorting us on content (and then just releasing it as paid DLC), like the good ol' "hurr hurr 4 hour campaign in Cowadooty" that everyone knows. It's not so much an issue of "this game is 100 hours long, so it's worth it". It's more an issue of "okay, this game ISN'T three hours long, so I suppose it won't be a huge waste of my money to try it".

If developers were reliably, consistently delivering (let's say) 10 hour campaigns in shooters, I don't think anyone would complain. But they don't. So we complain.

Connection between length and quality, some games have been no where near long enough. Devs seem to think that if they cram in some tacked on multi player they can skimp on the single player aspect of the game. This artical is a huge fail.

Look at Mafia:2 - a magnificent game botched by its inexcusable, severed story-mode. It could've been a gem.