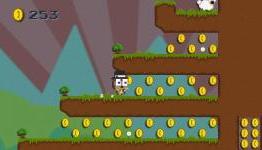 Ben Kane, creator of DLC Quest and “Guy Working Alone” in-chief of Going Loud Studios, talks to Indie Game HQ about his experience in creating and marketing this trend-breaking title, including what he feels the Steam Greenlight process is doing for indie game developers. DLC Quest is Kane’s effort at pointing a finger towards current trends in the industry that might not be beneficial for gamers. In addition, Kane and IGHQ discuss how his interview with Xbox Magazine resulted in a huge surprise, and he gives a new response to a question about the future of DLC Quest.

Get To Know Backfirewall_: A New First-Person Puzzler