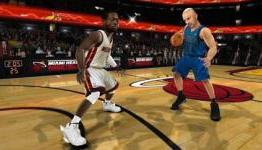 Let's just state the obvious right now. If you're a basketball fan, you owe it to yourself to pick up NBA 2K13. It's a terrific sim, one that follows years of previously well done basketball games, and one that features plenty of content, both online and off.

But, for the sake of argument, let's also say you can't afford it. Or you prefer something outside the norm of playing a routine basketball sim. Or you're bummed about the cancellation of NBA Live 13 and just can't bring yourself to experience the stronger game, at least at the moment. Where else can you turn?

Adhttps://store.steampowered.com/app/1488200/Symphony_of_War_The_Nephilim_Saga/?utm_source=n4g&utm_medium=native&utm_campaign=sow_n4g_native&utm_content=png
- Comments (4)+ Comments (4)
TopNewestOldest
The story is too old to be commented.
3703d ago

Rivals, and double dribble of course. I also liked live 98.

Eight Of The Best Uses of Licensed Songs In Video Games