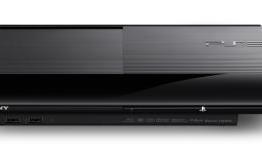 6 Reasons To Own a PS3 This Holiday Season

"I have, for the longest time, always been very skeptical of any subscription services offered on consoles as I always believed them to be a greedy business practice trying to force gamer's hands and pockets into paying more for an already expensive hobby. Well today I can tell you without a doubt that PlayStation Plus has changed my heart and mind on the topic; the business model in play here has the gamers in mind first. I could go on and on about the benefits of being a PS Plus member, but instead I'm just going to try and explain to you why PlayStation Plus is the biggest reason why you should own a PS3 this holiday season. I know I've just listed about 17 games for the price of 3 ($200.00 total), but I'm asking you to forget all that for a second. I'm telling you that with PlayStation Plus, you can walk into a store and buy a PS3 and not purchase a single game with it; then come home, hook up your PS3 to the internet, sign up for PlayStation Plus, and you're guaranteed to be playing at least one new game every month of the year at no extra cost to you." - Gamer-Rider.com

The Last of Us comes out next year, not this holiday.

No, I was just writing down the reasons to own PS3, not just this holiday :P

Plenty of blu-ray movies to watch when I'm not on my PC.

There really isn't any ammo left in the "Ps3 is doomed" fight.. Just wish people would shed this "PSN is inferior" argument cause its not.. After having a service like PSN for free I will never pay for Live.

Don't get me wrong, to me live is pretty good because of the fact that cross game chat allows you to speak to your friends. XBL's climate makes it almost necessary because of the rampant cursing and racism on XBL (unless that's your thing). All in all, if everything live did was separate from being able to play online with no ads, I wouldn't pay for live; and ultimately I didn't. XBL isn't a bad service and Sony/Wii fans will have to accept on some level that a lot of 360 fans like XBL and that probably won't change.

Having seen live over someone's place who had live, I had that choice in committing enough money aside to pay for years of live or save that for games and gaming grub. Out of a whim I decided to wait to see what the PSN would do. To be honest at first look it didn't really compare: Live as a whole was better, but taking a serious look at what was on the PSN made me say "good enough" because to be honest, the only real difference was the Cross-chat.

The cross-chat is pretty good, but I also realized that for one thing having a friend randomly call you and chat with you about something that has nothing to do with what you are doing is about as annoying and distracting as actually picking up a phone in the middle of gaming. The convenience of having the mic already on your person doesn't make it better.

Another thing is at the time PSN users generally use mics less; more so now, but at first it was mostly silence until games packed them into games like MGS4 and Warhawk, but at first there was virtually no mics online (probably because mics didn't come with the PS3 at first... remember how I ALWAYS say that if a peripheral wasn't with the console at first it will fail? The PS3 Mics are again proof).

Fast forward to today, I'm mostly a PSN/PC online gamer (with the exception of a great game like Gears or something like that coming out; I gotta see that when I can, you know); I can always go over a friend's house to play XBL online if I need to, just like they can come over to mine as long as we respect the two-bag chip rule, more or less (bring over two or more bags of chips, the owner gets 1/2 to 3/4 of two bags depending upon the length of stay).

Do you just copy and paste that?

I could go on, but I have to be somewhere in five hours. :)

I see your points and I can respect your opinions but as someone who has used cross game chat on a friends 360 I can honestly say that it's no worth paying for live.. Of course this is my opinion. If others think that cross game chat is that big of a deal then more power to them. I will agree that there is a higher level of social interactivity on live but I personally feel that it is not worth the price tag..

Only thing i miss from being an xbl gamer is the chat capabilities. But other than that i am a happy psn user.

P.s. people really need to give ghost recon future soldier a try. Especially if youre tired of the way online shooters have been. Btw, only the tacticle need to apply. Team is the game ppl.

Man, such a sweet time to be a ps3 gamer! Seriously, I'm sooooo stoked that I'm getting back into ps3 and getting a new slim line model, time to get back in touch with my gaming roots!

Look, a Wii fan came and disagreed with everyone!

I originally only signed up for PS+ because I wanted the cloud save backup service.

That was over a year ago now, and for a while I have to say most of the free games and discounts were pretty meh (Japan gets different stuff from the rest of the world, and for months the only free games were PS1 classics that I had no interest in).

Since last month though, the Japan service has been getting better.

I signed up for another year in August, and am looking forward to the Vita implementation too.

Considering how cheap it is per month, I'm pretty satisfied now and it looks like it will get better and better.

atleast those " PS3 is doomed " articles have slowed down

Just came here to say that the new super slim ps3 is wonderful, don't believe people when they say it's louder then the slim. IT'S NOT! I did however notice due to extreme loss in weight, that I have to hold down the ps3 whenever I pull out usb devices. In a previous article I commented that I was gonna trade my old 80gb B/C ps3. Well I did, Gamestop has a offer going on right now. Where you can get double credit. In the end my old baby was worth 180, and as much as I'm gonna miss the 4 usbs(B/C less so, cause I bought a slim ps2 when I traded it in). I much rather have a ps3 I know will last me for many more years.

I spent a ton of time re-downloading so much content. Yet I am still not done!(PS+ just gives sooooooo much!)Among the 39 games I actually OWN on psn, I have to download about 80 more on top of that cause of ps+. Yeah, I'd say ps+ is worth it completely as a service. As it was the only way I could transfer my copy protected saves off my old 80.

Edit: I also plan on resuming Life with Playstation now that I don't have to worry about my ps3 going kaput. (Yeah, life is gooooood.) I used to always have my ps3 in that whenever I wan't using it. But it was starting to get artifacts in games so I stopped. So glad I can resume doing that now, I have done about 2000 simulations, can't wait to do more!

All 6 games at b-bin prices

This cracks me up. If you don't already own both the PS3 and 360 by now, then that means you are either poor, 15 years old, or both. No point trying to praise one console over another especially this late in their life cycle. In 2 years when the PS4 and 720 are dukin' it out - then I could see trying to justify a purchase of one machine over the other.

there are a lot of people into gaming that haven't bought a current-gen yet but would like to given the occasion like having a place to fit a console and tv or getting a job or finishing school.

I have to disagree with you, Nintendo is betting that people are hungry for new hardware. The Wii U will be the most powerful console, for at least the next year or so.

Its also the first Nintendo HD console, Nintendo's first real online enabled console and of course the hardcore gamer's and hardcore Nintendo fans are going to want the latest thing.

The core gamer has already adopted the console or consoles of his/her choice. This is why Microsoft launched Kinect and Sony launched Move.

Now Sony is pulling a page from Nintendo's book and are launching family games this holiday, Wonderbook, LBP Karting and All Stars.

I'd say there might be a few people who haven't gotten a current system that is into really core gaming, but I seriously doubt its North American or European markets, probably smaller and poorer markets.

@GeForce20
I pretty much agree, I mean seven years into this life cycle, you either have what you want or your not going to get it. Sometimes random friends of mine ask my opinion on what to get and I tell them to wait, because its a waste of money right now in my opinion. Dropping $300-$400 on consoles and games right now when new and better consoles and games are less than a year away.

Believe it or not, when I traded in my ps3. There was a mom and her child there in front of me who just got a ps3 bundle after trading in their ps2 along with a bunch a games.

Some people upgrade late in a life cycle cause it's cheaper. That kid will have fun regardless.

@GeForce20 WRONG! I am a 28 year old gaming veteran and the only current gen console I own is the ps3.. I'm not poor nor am I 15 I am however very picky with my money.. Microsoft has yet to woo me because of the XBL fees. I can easily afford the Live subscription but I choose not to pay out of principal. If there is a company on the face of the planet that can afford to offer an online service for free its Microsoft and their Scrooge McDuck sized bank vaults, yet they don't. Greed. I don't like Microsoft and their underhanded tactics and greedy policies.

Time for PS4 Sony, same to you Microsoft...

Pokemon Scarlet and Violet are great, but the future of Pokemon games is concerning