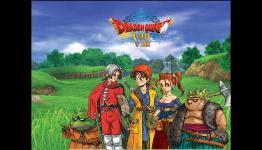 IGN is now on the fourth day of their Top RPGs of All Time List. Today IGN are adding #40-21. Tomorrow IGN are adding the last entries to the list, and the whole list will be complete.

I'm glad that Dragon Quest VIII: Journey of the Cursed King is on the list. It's a fantastic RPG.

Another good entry on this installment is Super Mario RPG: Legend of the Seven Stars.

Anyone who played Ys Book 1&2 on the Turbo CD or Duo knows it was special for its time during the early 90s. It had an amazing CD quality soundtrack, and voice and animation narratives that was not possible on the other consoles like the SNES simply due to the limited cartridge storage. http://www.youtube.com/watc...

I feel ya on what you're saying with Ys Book 1&2. I'll always have a soft spot for that game and its story/soundtrack. Should defiately be placed higher.

But as far as RPGs go, it wasn't that great. You just walked at enemies until you leveled up and that was about it really.

Don't get me wrong, i'm not slating it at all but its appeal (to me at least) was the graphics style and CD quality soundtrack. I'm actually humming the track that plays when you go out into the first section of the game as I type this, thats how much of an impact the soundtrack made on me as a kid. :)

It was very simplistic. It was the overall feeling I got from playing the game and finishing it that made it special and a memorable experience for me.

I'm so glad Suikoden made in the top 50, ranking in number 44 by far one of favorite JRPG to this day and the first JRPG that I finish it.
Ohhh and Hey Konami, where's my SUIKODEN VI!

I want Suikoden II, except its ridiclously expensive on PSOne, and rare

I guess I'm very lucky because I bought it off from a friend for 30 bucks. Now on ebay its going for over 100. It was very limited back than because Konami wasn't sure it was getting popular or not. Let's hope Suikoden II would be in the PSN under classic.

^Yea I dont think that its on the PSN yet, but people want it I think

Yep Shining Force and Phantasy Star two of my favs made the list :)