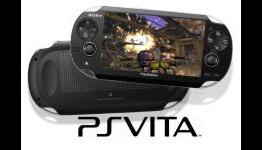 PS Vita SDK Gets an Update: The Battle Begins?

QJ.net: Yesterday, it was announced that a hacker by the name of yifanlu would be starting work on a new user mode homebrew loader for the PSVita called UVLoader. Instead of finding breaks within the PSP system emulator, this is the first time that a hacker has cracked into actual genuine PS Vita code. As a possible response to this, Sony has updated their official SDK.

This article is garbage, trying to provoke things.

The hacker is creating a homebrew app for his own causes and has said if he releases it it will NOT allow piracy because he is a Sony/Vita supporter.

He's just currently not having enough fun with the games on offer for Vita so decided to approach it in a different way.

This is not a Sony VS Hacker moment at all.

all hackers say this, and they're all naive in thinking that someone won't take what they've done and find a way to allow piracy to happen.

Oh, please. If he really didn't want anybody to hack the system, he'd have kept his little find to himself.

But it's all over the internet. He even went as far as to say something along the lines of "sometimes what you're looking for is right under your nose," giving hints to others.

And what's with this BS "He's just currently not having enough fun..." line of yours? He said he did it purely for the challenge. That pretty much just proves you're talking out of your rear end.

It's Sony vs. Hacker just like the memory cards are. You DID know that, right?

More will follow. Once cracks start to appear it brings more attention to other hackers. That doesn't mean i support it, i'm just being realistic.

The great firmware battle has commenced.

The longer that Sony can keep hackers off Vita the better. If they want homebrew on the Vita they have Playstation Mobile.

If they really want to get cfw or free ps vita games why are they trying to make the ps vita run the same old psp cfw? If they are really that bold they should be comming up with new ways for it to work, not making old ones. why not try making a opandora's battery or make somthing that can read playstation vita games?

Where did they say that in the article?

If that's happening then I'd consider one.

It wasn't nice to know that Sony whooped people's asses for owning PSP UMDs and made the VITA one of the worse backwards compatibility modern console.

They barely learned from the PSP Go's failure.

Even all that said, I still think the VITA's still likely to have a decent future.. probably a late bloomer like the PS3.

The worst backwards compatibility by allowing any downloads of psp games to be re-downloaded on the Vita and opening a process that allows you to re-gain the games you had on UMD digitally for a super low cost?..

Also they learned a shit load from the Go, for a start just look at both devices.. what they offer for their release price..The network integration etc.

I agree though, it is looking like a late bloomer

sony learnt alot, they learnt that they couldnt go full digital.
actually on no basis or facts at all, i actually reckon the psp go may have boosted 3000's sales. people saw that 3000 was cheaper and it can play umd and digital games.
im not 100% sure, but what i remember is that the psp go actually brougt along the whole digital psp market.

ps3 also did pretty well at the start, only problem was that no one bought games.
actually i would like to add that ps3 became the worst bavkwards compatibility console since it takes dvds but you camnt play ps2 games unless you had launch ps3

@Almost
there is no umd game transfer process outside of Japan, and a small fee is required to get your games converted. Add to that the fact not every ps game is downloadable and you have a pretty crappy bc setup, if it could be considered one at all.

You're asking people who already paid for and own the game to pay another time for a super low price? I wonder what super low means to you. Not to mention a few great titles are UMD only.

Look at the 3DS b/wards comp. That's a decent factor for people who bought their DS games and don't want to lug around more devices. Zero hassle. No prop. cards too!

Even a UMD player accessory would have somewhat alleviated this. (There's that mysterious port on top of the VITA and PSP games don't need the backpad so a good placement for such would be there)

Yes they did learn a few things from the Go but not the decent part where it wasn't a very good idea to alienate UMD owners.

But I guess people have passed from that specific gripe and are more interested in newer VITA games.

Back to the original point: I'd be so happy to have an PSP ISO support with PSV and they don't even have to develop a "VITA game ISO" support for it since it already does that (legit copies). I'd even be glad to swallow their card prices if such happens!

“Poor #blackops2 you look tired, you should take a year off and rest.”

Made me laugh a little. So true.

I'm a Sony supporter & love there PS products, I think the Vita is the ONLY handheld with a bit of gusto, Nintendo the sad hacks get all the credit in the world for innovation & Sony are accused of copying them repeatedly, when Sony were the big advocators for 3D & pushed, then Nintendo come along & follow (same thing everyone makes accusations at Sony is copying) suit with a 3D based handheld, with the only source of originality being no-glasses 3D (which should be a given if your making a 3D handheld, as who wants to walk around in public wearing funny, non-uv protectant glasses).

Sony though, need to stop worrying about there systems being hacked, & concentrate on what they have a better chance of controlling, & that is getting as many great games as they possibly can through in-house & 3rd party developers, as well as start marketing the damn thing....they did the same with PS3 & thought it would just sell off the Sony PS name & word of mouth, & hardly a skerrick of decent marketing. I mean, I saw a 3DS ad on tv the other night, I've never seen a Vita ad on Australian television.....Ridiculous, & just like PS3, as I hardly saw it advertised here also.
Advertise your damn products Sony, & now is not the time for too much artsy farty ads.....just direct, cool, tv ads with punch, that state what the product is, is capable of & will offer in future.

I'd sure love more ads for the system if it would truly help it right now.

But you went a little off topic there.