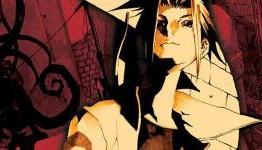 5 Manga That Need a Game Adaptation

"Here are five manga series that would work very well as video games. Some fitting manga have been omitted from the list because they already have a good game, but in any case, all of these are wonderful stories that could use a game to help add a dimension to the story." | Explosion.com

Adhttps://www.releases.com/?utm_source=n4g&utm_medium=native&utm_campaign=c1
- Comments (71)+ Comments (71)
TopNewestOldest
Expand all
The story is too old to be commented.

I vote Jing-King of Bandits. It would make an awesome game. It has more then enough settings for story, levels and bosses.

A Basilisk game adaption would be amazing. Just stay true to the story and work with Studio 4°C on the animated cutscenes. As for the gameplay, something like the previous Ninja Gaiden installments'd do good.

I've read that a long time ago so I don't exactly remember it that well, but Basilisk does seem like it could produce a very interesting and dark game.

Ghost in the Shell done right. There are few manga so influential.

Appleseed, with co-op play throughout as Deunan Knute or Briareos.

Not only do I personally dislike Bible Black, I really don't see what kind of game you can make out of it.It wouldn't even make a good adult oriented game.

Dude, the anime is based off the visual novel of the same name.

there is already a Bible black game on pc , it's your usual ero game . Hell i believe the anime is an adaptation of the games

I vote YU-GI-OH,CASSERIN,DEADMAN WONDERLAND be a great game to play.

LOL @ The World Only God Knows.

It's not there but I think Cage of Eden could be a decent material for a survival game.

Bunch of students, tourists, execs, employees plane crashes on a mysterious island with a lot of extinct and voracious animals .. with flavors of adventure, survival, betrayal, hope, romance, mystery, etc... and NO guns! xD

My mind is still trying to process the concept for a 'The World Only God Knows' game. Though I agree, alot of potential if it were made with comedy and satire in mind.

Dude, a game about dating games. We could go deeper but it would be an overload of what am I doing.

Hahaha, say what you want about The World God Only Knows... Keima is one hilarious and unique character...

It would probably be somewhat in the style of a Visual Novel.

That or Highschool of the Dead/Cradle of Monsters would be interesting.

Shingeki No Kyojin: IF someone ever manages to make a game out of this with good gameplay, it will be one of the best games ever made.

I could picture that , some kind of dragon's dogma on adrenaline (with the setting and era of the manga of course) with giants as big as seen as in Shadow of the Colossus , God of War and Castlevania LOD

Berserk already had two awesome adaptations on Dreamcast and ps2 . We just need a new one on ps3 or ps4

yeah the ps2 one was really good, but it never came to america :(

Adding on to what the author had said, Air Gear could play a lot similar to Jet Set Radio.

Case Closed and Sekirei. Claymore would be good if done right.

My personal manga to game adaptation would be Beet: The Vandel Buster.

It has SO MUCH LORE! (whatever happened to the mmo)

I could go on with many deserving mangas.

I have yet to see a truly good Evangelion game, wasn't there one on N64?

Basilisk would be great..

another good one is "God of High School"

LOL how about Bakuman?

that'd be a boring game

Well its there for your pleasure (boredom ?) on DS

A manhwa (korean manga), but it needs the Breaker and the New Wave. Those who don't know should immediately search for it. Kickass read.

I came here to say Breaker as well, +bub for beating me too it.

high school of the dead.

I love the Anime, what kind of game would fit HOTD? I hope it's not shooter.

High School of the Dead, even though I hate the anime, would still make a great video game.

This is my favorite suggestion.

Not sure if you checked this out before, but Battlecry was amazing back then, IMO.

I wish they could make a Macross game just like that but next gen and what not. But I played the mess out of that game.

Yeah i had Robotech (spit !) Battlecry and it was really good.

Since then though we have had the Macross PSP games and also the mini Macross games on the Blu-ray Hybrid disks, so i just want a new full Macross game that takes advantage of the current hardware.

Berserk- Closes thing we have is Dragon's Dogma. In the ancient quarry, you can buy Gut's armor and sword, as well as Griffith's Whitehawk Armor. There's even a guard outside the main gate of Gran Soren that's named Rickert....

Until then, I'll play the Dreamcast version for the 100th time and dream about the epic battle in the black armor we'll never have with Zodd.

Tri-gun- How is this not a game?

Helsing- Again, how is this not a game already?

I'm not sure you could do a Hellsing game. Alucard would be too overpowered.

I was also very stoked when I heard that other versions of Dragon's Dogma were getting the special armors and all. I've been direly awaiting an announcement of a new Berserk game as well. Here's hoping that the new movie trilogy spurs the development of a game.

And I too have Sword of the Berserk on Dreamcast, and was crushed when the PS2 Berserk title never came received a localization. By the way, if you haven't seen that already, check out the videos of it on youtube, its really solid looking. If you really want to give it a try I'm positive there's ISOs of the game floating out there if that's your sort of thing.

With Trigun, they were working on a game for PS2, but ultimately it fell by the wayside. Nothing has been heard about it since it's announcement back in 2002, so it would be safe to assume that it is dead.

As for the Cowboy Bebop game, there actually were a few games released. The closest thing to what you're talking about was an action/fighter that also only released in Japan.

Have you played the PS2 game? I know it was only released in Japan (even I haven't played it), but you do get to fight Zodd with the black armor iirc

Indeed you do get to fight Zodd (multiple times I believe). I think there is a full translation out there for the script, but I'm not positive where to find it. Gamefaqs does have a walkthrough for it, however it doesn't completely translate everything. Here's a vid of one of the Zodd fights though: http://youtu.be/Q0ES_G-GDXw

I'm not there with you on Trigun but Cowboy Bebop does sound good indeed!

Death Note!! But they would only mess it up..

GiTS really deserves a good video game adaptation. It would fit so well. Different missions using the skills of different members of Sec. 9. Multiplayer allowing you to customize your prosthetic parts.

How has this not been made yet?

Yeah that would be awesome.

I always thought about a god of war clone game when I read berserk .. it would be perfect!!!

I know this was a show before it was a manga or anything else, but I'd love to see a Cowboy Bebop game. Not the arcade-y PS1 game that came out, I'm talking a full blown action/RPG where you take contracts and side-contracts and openly travel the solar system between different hub worlds.

Obviously a Berserk video game, but also a GANTZ or a Yagyu Ninja Scrolls: Revenge of the Hori clan video game.

I wouldn't mind seeing an actual well done Ghost in the Shell game, (even though stuff like Watch Dogs and Remember Me look kinda like it).

And a it always seemed that David Cage could possible make a good game to Ergo Proxy, since it seems like his style and all.

There are some others I'm trying to think off but too many manga out there. Good article though, been a long time since I've clicked a "Top Five games..."

The Defense Devil was an interesting choice. Though really loved the mangaka and artist's other work:
Shin Angyo Onshi
I'm not sure how it'll work as a video game, but damn it was an epic manga!

Wow... I actually never eard about any of those manga comics(except for Air Gear).

I'd recommend Hellsing and Vagabond for videogame adaptations. I can see Hellsing working as an intense and gory action game. As for Vagabond, it could come up as a very interesting open world experience with this element of tactical combat mixed with an intense story and a more straight to earth design.

Hunter x Hunter needs a perfect RPG Open world game, would be the best game ever

Need For Speed Unbound Review | Attack of the Fanboy