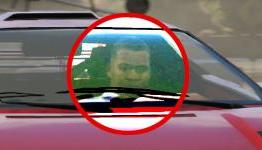 NowGamer has analysed the latest 'Business' GTA 5 screens to see what information they hold.

agreed but what I'm more intrigued by is the bi-plane screenshot, graphics look pretty awesome

Oh no!! Why did you say that! Here come all of the PC Elitists to prove you wrong. :O RUUUUUUUN!!!!

@Blondie, where did that comment come from? I'm a PC gamer and I think I speak for all of us when I say that it looks amazing.

Nobody noticed the laser sight?
Its an AK.
In the trailer you see AK's, but with a scope and silencer.

the lighting on the last picture makes him look like a zombie o.o

told you we would play as the guy driving the red car in the trailer....his name is Adrian

you can't always trust rockstars screenshots. i remember a shot from gta4 of a multiplayer game where one player was piloting a chopper and another was leaping down on top of an armored car. i was crazy stoked only to find out upon release that you could only hang on the top of ONE vehicle in the entire game, and it was a scripted sequence. just saying, take these with a grain of salt. they may just be cool looking set up shots.

They need to just let you make customized character, and pick your own name. I feel more attached when i can make my own character.

In other news no GTA compares to Vice City

Definitively not, GTA wouldn't be the same without Tommy Vercetti, CJ, Niko or even "The Mute" Claude Speed, but I do want more customizability like in San Andreas.

"f it’s you’re doing the sniping, though, who’s doing the flying? An NPC? Or another human player? Fingers crossed for some kind of GTA 5 co-op mode"

"Interestingly there are two seats… does this suggest a co-op mode?"

"If there were ever any doubts about another playable character, then this should lay them to rest"

Really guys? Really.. Speculation I can see but this is just rediculous. "THE PLANE HAS TWO SEATS! OMG CO-OP MODE!" By that logic a car has 4-5 seats. GUYS 4-5 PLAYER CO-OP! And if I have doubts about a new playable character, I should lay them to rest? no.. Ever think that you're the one driving the truck, And this is some NPC trying to steal cars from you? Or something OTHER then undeniable proof?

How can this be an NPC when you see his face on 3 different pictures? he was also driving the red car in the trailer I think.

Imo, there is a good chance for multiple playable characters. Only time will tell.

I still believe in the 3 character theory, from the first trailer you can see the hispanic guy with the fade that drives the red car, the black dude that was running from the cops, and the white guy that was narrating. The first set of screen shots had the white dude, the 2nd set had the guy in the red car, and this set has the black guy. Either it's 3 characters with an intertwining story or you play as 1 but they're all key elements to the story. Just my thoughts.

"Okay, here’s that bi-plane from the trailer. Interestingly there are two seats… does this suggest a co-op mode?"

wtf lol? It's like saying, "all the cars have multiple seats, does this suggest a 4 way co-op mode?" Idiots!

These retarded speculations need to stop.

With the garbage truck.... it could just be some NPC doing his job, or a person maybe doing a job. I doubt it's a hijack feature. Who knows?

sweet still play GTA4 til this day.. until GTA5 comes out then i'll have to put my game on in it's proper safe shelf spot and cosider it another rockstar classic memory, GTA5 i wait til the day your existence is my obsession

I'm hoping NPCs will be randomly fighting each other and stuff so it seems more realistic. I would also wanna watch an NPC running from the cops in a car chase.

That black guy was in the trailers as well, could it be possible they have multiple playable characters?

Warhammer: Vermintide 2 Gets Free 'Trail of Treachery' Level on Xbox