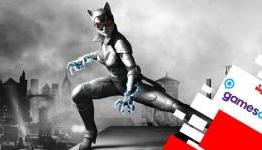 Batman Arkham City was undoubtedly one of the games revelation last year. Despite the basic package was already of great value, the developers have continued to work on the project, creating new costumes, new missions and also portions of additional history. All this good God has been enclosed in a single package abused by the now recognizable subtitle Game Of The Year Edition, although in this case we consider it a success. Exactly this part of the development version of Batman Arkham City Armored Edition, exclusive to WiiU, at the studios of Rocksteady.

translate.google.it
- Comments (0)+ Comments (0)
TopNewestOldest
The story is too old to be commented.
180°3

Tchia Coming to PlayStation & PC in 2023