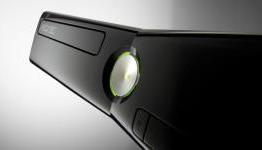 Xbox 360 continues to dominate the competition in July

Despite an overall decline in hardware sales across the industry, Microsoft managed to once again dominate the competition in North America with the Xbox 360. Microsoft sold 203,000 Xbox 360 units in July, the 19th consecutive month that the company has beaten Nintendo and Sony.

attackofthefanboy.com
- Comments (46)+ Comments (46)
TopNewestOldest
Expand all
The story is too old to be commented.

this is not good for idiots expecting a 720 anytime soon. m$ will continue to enjoy their profits and not shot themselves in the foot!

Meanwhile, Sony are scraping the bottom of the pan. Counting their final few pennies in their bank account.

right because sales are everything.... /facepalm. Video games are about what you enjoy and most importantly, having fun!!!!!!!

It turns out that triumphalist fanboy praise doesn't go very far in this industry. Investors like sales more. Gamers...well, no one cares much what they supposedly like or hate, especially on the internet where two guys sound can sound like forty and over a thousand can sound like three or four. That's probably why internet-gamers bitch so much. They are deservedly ignored by anyone and everyone with actual skin in the game.

At this point in the console cycle, sales, market share and even software releases are already pre-determined.

Normally gamers shouldn't care about sales, but they are directly linked with developer support and hence software releases.

Apart from that, to me it is interesting, because it is straight competition at it's finest. Products with very similar attributes from different companies duking it out!

i has the strangest feeling you were getting off when you were tying that.

Fanboyism aside, that made me laugh my ass off!

did you check how ps3s doing compares to x360 on a worldwide level before to open your mouth you stupid idiot.

wow calling me an idiot, did you think of that all by yourself?

@tentonsoftube, i think that comment was directed at simonrope not you.

MS will beat sony WW again this year. Just wait til the holiday season. 360 sells more in NA in one month than waht the PS3 does all year in Japan. Also you need to use the numbers that MS, sony, and Nintendo release themselves, not VGChartz. VGchartz is in no way shape or form an accurate source for sales numbers.

While Sony continues to dominate the console market on a worldwide basis? Yeah I suppose.

yet another article ranting about sales. your average consumer does not care about sales and will buy what is interesting to them.

So based on sale the average consumers prefer x360 over others? I don't understand what u are trying to do here?

The average consumer buys a lot of tissue. Do they care which brand is on top?

Only tissue enthusiasts who like a particular pattern crossing their derriere care about things like that; the average consumer just buys whatever's cheapest or most convenient.

Here we go again, the above poster downplaying anything positive about the XBOX360 while at the same time whinign about how the media is negative about Sony. If the XBOX360 has no interest to you why do you continue to post in articles about it? The answer is fear and ignorance. People don't buy things only because it's cheaper or more convenient. They buy things they like as well. I know that's a hard concept for you to grasp seeing as how you think the Playstation 3 is leaps and bounds better than any other system out there and sees no reason in getting one, but not everyone thinks like you. Thank God for that.

Now you're saying they just go for the cheapest and most convenient in reference to the x360.

I know this logic will fall on deaf ears and you won't be able to put 2 and 2 together as usual. So I won't even bother to go into further detail. Besides Levelhead has said all that needs to be said to you.

Microsoft has no more competition they are crushing it easily. Microsoft has a ton of top exclusives coming too.

USA is not Worldwide.

Nintendo has several game machines on the market so they make up nothing but profit from all sales. Sony is in a similar state. Microsoft game division only has 1 single machine out.

USA is not world wide, but Microsoft did win 2011 world wide thanks to really great sales in the USA. I mean the Xbox 360 sold like a million consoles on Black Friday alone, also like 800k Kinect's. So while I agree its not the world, it is the largest consumer base for video games.

Personally, I'm just happy that the consoles are successful enough to get new versions. As far as actual numbers go, I really only care about them making enough money to carry on, same with actual software sales, I like when games I enjoy sell well enough to spawn a sequel.

360 is beating ps3 worldwide when each company releases their yearly internal figures. I think you pretty much use VGcharts to back up your agenda despite VGcharts numbers always failing against Sony and MSFT own numbers.

A possible price drop with the most anticipated games of this generation plus new and advanced XBL features will insure the 360 beat last years figures.

"USA is not Worldwide."

LoL, amazing that people still posts this. This is just as bad as saying "the next Halo killer".

360 just needs to sell well in the US and even some parts of Europe and because of that it equels and keeps their lead in front of the ps3.

So not selling World Wide may be true but it doesn't mean they're losing momentum or ground.

But America is most important, especially in game sales. Do you need America to survive in the video game industry? No. Its like saying does McDonald's need the southern states in America to stay in business? No, but it damn sure helps, a lot.

US is not the world but its the most important and largest market for gaming. Its the reason MS is still ahead of Sony.

Profit and revenue are different entities.

*Profit* is the positive amount you are left with when your total income exceeds your total expenses.

*Revenue* is the total amount of money received by the company for goods sold or services provided during a certain time period and is calculated before any expenses are subtracted.

So you can theoretically make more REVENUE and still not make a profit because your expenses exceed your revenues.

You also have to realize that these companies loose money with every new product they come out with. Nintendo looses money on every 3DS. Companies also have to make sales, PSVita is not selling that well. It seems for Sony, revenue is down and so are profits.Microsoft has xbox live, with over 15 million paying subscribers, non gaming division the well known name Of Windows.

By these companies releasing all these consoles, handhelds. They are actualy loosing more money then they are making. So how is that math working for you?

MS doesn't have a ton of exclusives coming, i think you mean sony.

Until Wii U comes out at Christmas and suddenly sales of 360 will look a lot smaller compared to that of a new console.

Considering Nintendo has pretty much given up on the Wii for the Wii U, it's not like Microsoft can be proud it is beating that system. The PS3, sure, but worldwide sales are closer, aren't they?

MS is not even close to SONY worldwide.

That's the main reason Microsoft always put a postive spin on things. People like to hear it, sorry i mean americans need to hear they are the centre of the universe.

Sony will win the first 3 quarters worldwide, then retail holidays will hit and Xbox will bury ps3. Again. Just like last year.

We may not be center of the Universe,but we are the first who everyone looks to for Military help or aide of any kind.

America is still the number consumer nation. You do well here and you can pretty much write your ticket anywhere else in the world.

I love how people perceive americans as being the "centre" of the Universe. I guess unnamed foreigners love to bitch about americans on the internet.

PS3 problly cant close they gap by the end of this gen. the gap has been consistent for years even tho PS3 is winning worldwide. And HAlo 4 is sure to push consoles. And SInce HAlo4 is a true sequel its sure to sell more than Reach.

Who cares? Great sales do not equal great games. Check out this video from AlphaOmegaSin which tells you why this argument is BS...

WARNING: He cusses a lot.

Dominating the Competition? What Competition?, nay , Its the " De Facto " core gaming console for the non-pc crowd. So the numbers are meaningless when the comparison is "apples to oranges".

Some Truth now: "Gaming Sales are WAY WAY DOWN! in general, across the board Worldwide & especially in the USA, where the Economy is down & " game quality" is down also.

To MicroSoft: KINECT "still" SUCKS, & is a complete Failure, no matter how you manipulate to public through the media , KINECT is Garbage.

I agree with you system sales are down simply because the market is getting smaller and smaller since most of the market has a 360, ps3 or a wii.

I whole heartily disagree with you about game quality being down. BF3 looks amazing on consoles, last of us, lost souls, halo 4, forza 4, assassins creed 3, Boarderlands, dust 514, Bioshock Infinite, Transformers, Tomb Raider and many more all look like great high quality games and we are about to hit years 7&8 for this gen consoles.

As for Kinect, it may be garbage to you but you don't represent the masses. It's not for you so don't buy one then. I wouldn't say 17 million units sold being a failure where kinect also has 3rd party support aside from 1st party. I would say Move is more of a failure simply because 3rd party and Sony themselves are just not supporting it.

I think you have your head in the sand with these accusations. You seem like you are not keeping up with current events and are just pulling arguments out you arse.

Remember 360 sales are from all the new Models/SKU's and RROD. Next GEN will be completely different.

A lot of ppl conclude with that. Evenso, a sale is a sale.

Elaborate how RROD is a sale.