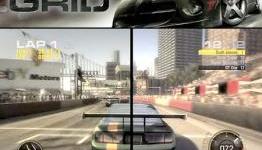 GRID 2 360/PS3 'Not far behind the PC versions. And as for which console version is the best...

GRID 2 is looking unbelievable as our hands-on preview and first trailer will attest. But Codemasters' racing games, F1 2011 in particular, have often looked noticeably superior on Xbox 360 compared to PS3. GRID 2 is heading to both current-gen consoles for a 2013 release, So when Executive Producer Clive Moody, was asked: "Do you think the PS3 and 360 versions of GRID 2 will be identical?" This is what he told:

Adhttps://store.steampowered.com/app/1488200/Symphony_of_War_The_Nephilim_Saga/?utm_source=n4g&utm_medium=native&utm_campaign=sow_n4g_native&utm_content=png
- Comments (64)+ Comments (64)
TopNewestOldest
Expand all
The story is too old to be commented.
DaThreats3762d ago

Well, even though we all know it, they're not going to say "Yeah, even though we've tried our hardest, the console versions are still nowhere near PC standards." and piss off people who don't have a gaming PC or can't afford one.

Pisses me off i can't afford one to. xD

Lol the devs need to stop trying so hard. Everytime they make such comments, totally the opposite happens in the end. It happened with:

PC version will probably be using DX11 just like Dirt 2 & 3 hence i suspect a good difference will be there.

Console gaming is more expensive than PC. Entry level/ mid range PC. This is due to games prices higher on console and prices not going down soon enough. A single Steam discount is enough to more then level the small price difference between PC and console (Entry level gaming PC only costs 500usd, which is about the price of a console at launch).

For heavy gamers yeah.. for not so much who only buys 3-4 new titles a year (including non day 1 buys [below 60 bucks]), makes the console gaming as cheap.

I don't really disagree with you though. It just depends on what kind of "gamer" (or hoarder lol) you are.

Actually PC gaming isn't more expensive b/c games can be had so cheap. Not to mention the mods involved, and Steam is a godsend. I paid $600 for my system and i run skyrim with hd mods on full at 60 fps. I run battlefield 3 on ultra with around 40 fps.

Think about it, if you don't already own an hdtv, and you want to get the most out of your console experience, you're going to spend around that same amount. So no, pc gaming isn't expensive. It only is if you wanna show off to other nerds.

Skyrim, Max Payne 3, COD, etc, every new game is priced at $60 for PC in stores and via download(Steam).
Any huge graphical advantages are dependent on how much $$$ you spent on your hardware.

SpecOps was 50% off in like a week?
Recently, Borderlands2 and Hitman:Absolution could be pre-ordered for around $36.
Skyrim's DLC could be obtained for $15 instead of $20.

I pre-ordered BF3 for $45 and got DeadSpace2 for 'free' with it... there's plenty of examples, and for those who wait, there are the sales (such as on steam) which are in a league of their own.

The flip-side is that you can't trade in the games on PC. The price gap shortens when you factor in that you can trade-in your used console games and recuperate some of the cost.
In the end, the cost difference becomes trivial and mostly comes down to what platform you enjoy playing on more.

Over a period of a console gen you probably end up buying thousands of usd worth of games. When a new gen comes you dont even know if the games you bought will work on the next box. With your entire library compromised, you have alot to lose.

With PC you get to build a library. No such thing on console. If you consider that loss itself its worth thousands of usds. Console gaming just is expensive, like it or not.

I would be worried if it was anywhere near PC standards as it would be a terrible PC port! Consoles hardware just cannot match modern day PC's even with the extra draw PC's have for OS etc..

I wonder how low the graphic settings are set for PC if it is "not far behind" the PC version or if it's just pretty much the same across the board.

I have the PC versions of the F1 games, Dirt and original GRID. They run well on fairly reasonable specs. Like no problem maxing 1080p and DX11 on the new games with a lower midrange card like a Radeon 6850.

TBH they all whup the arse of the console versions especially the newer games obviously like F1 2011 and Dirt 3.

I wouldn't expect any less from GRID 2. I expect a bigger gap.

Well it doesn't matter how it looks because they said there will be no cockpit view and that's when I stop listening...

Sadly it's a Pass for me, even though I loved GRID 1
-having no cockpit view is a deal breaker..

If I want to play a no cockpit view game I'll just get need for speed I don't need to buy this.. it's now nothing special. just another racing game.

Part of it's beauty was having all those views- I absolutely loved cockpit view.. Seeing the character switch gears and hearing the sound of the shift was awesome in cockpit view...

No Cockpit view = No Buy

I don't know about Deal Breaker, sure I'm really dissapointed about not haveing cockpit view (I mean, it was really cool seeing the windshield take damage and dirt getting on it) But if they can make up for that by putting in extra modes, or customization options that would compel me want to look at my car as I'm driving, I'm happy.

tl;dr
If they can make up for the big loss of no cockpit view, I'm happy.

Grid is one of my favorite racing games.

And what else are they going to tell you?
The PC version is far superior with better frame rates and DX11 effects etc ect etc?

Even GT5 has in-car view, even if for most the cars its jut purely black and looks shit, at least it has it.

That in-car view patch must be one of the sloppiest this gen. Pitch black dashboards in the PS2 emulated "standard" cars.

Yes because grid 2 was the game we were all so desperately anticipating to push our gaming rigs performance...

"GRID 2 on 360/PS3 'not that far behind PC version' says Codemasters." being a good thing? It means that PC version has shitty graphics. And Codemasters are really going to shit, they went too much into arcade style gameplay, it's just too easy to play these games.

I remember people trying to say GRID was more realistic then Gran Turismo. It was hilarious but also so frustrating to see people that stupid..

They have to say that, it's gonna look great, but nowhere near the pc version. B3 was meant to look very good on consoles. It's like a jaggie, blurry mess compared to the pc version, obviously if you have a proper gaming rig.

If its true then they clearly haven't tried very hard with the PC version.
And yeah it may be pretty close graphically, but I'd image the console version will run at about 12fps like F1 2011, whereas it'll be a buttery smooth 60fps+ on PC.

PC has much more power than consoles,but consoles have better games and that is more important than powerful mashine with no games to play.

Careful, you'll piss off the raging nerds who spend crapload of money on high end PCs, behind that Nvidia or Radeon fueled Ego lies fragile feelings.

what's sad is. I don't think he's trolling but really believes it

PC has no games to play?

over 30 years worth of games prove your statement wrong

Plus no concerns with BC or things such as life cycles

No BC problems or life cycles?

Try playing Heavy Gear, a 1996 mech game, completely unplayable on anything beyond Windows 98.

Everytime, I read someone make a generalised statement about "PC gaming" it's always comparing the newest and best PC against consoles from 6 years ago.

Seriously, yes consoles are aging, yes you are going to get better play on a NEW PC. But no PCs are not hedged against the flaws of consoles.

I wasn't able to run Heavy Gear 2 a few years back either (even though you're supposed to now I guess) so I understand your frustration.

The article you mention is a non-issue since its solution is a simple update to WinXP SP2 (which is free btw).

Idk what games you like, but I'm grabbing Hawken, MWO, GW2, Arma 3 plus Planetside 2 and TW Rome 2 whenever those come out. I'm not even mentioning those other games that are popular among others (such as Dota 2, Torchlight 2 or Path of Exile).

If you aren't into any of the above, maybe you didn't make the wisest of decisions with your hefty purchase(?).

I had 360 and ps3 and the ps3 version looked terrible much like far cry 2 early ports i guess but grid on ps3 looked sub hd to me no car view no buy.

Yeah not far only about 5x the resolution-textures and AA . But yeah not far

Kind of sounds like they made it on consoles and ported it to PC then...

If they release it as a PS4 launch title, I'll hold off and wait. But it looks good! Grid is still one of my favorite racing games. I love the 3D user interface too.

Of course the PC version will be superior... LOL at you unsecured PC fanboys...

PC elitists have to be loud and troll every article with their theories. It's called compensation in psychology. The truth is, deep inside they know they're playing on blown up typewriters and Facebook terminals.

Cmon they have finally found the power to match the pc all that untapped power in the consoles has finally been found.

The Best Racer Ever??? I liked GRID very much but just stop plz stop with the PR and overhype BS... GRID 2 looks incredible but stop plz...

Okay man, you do not run this game at max settings max ini and tons of AA at 60fps. Simply not possible at 600 dollars because the card you would need to do that almost costs that much alone.

600 will get you a midline very good PC and you still need to get an OS and anything else you didn't include in that cost.

More PC vs Console crap? Come on. I prefer consoles because I can pick up the disk and game when I want to. I do not have to go through installation process(Some games do have a minor installation, however) nor do I get "XYZ.exe stopped working...Please send an error report to Microsoft" slapped in my face.
PC version? Graphics and Modding.
Consoles ? Best experience with friends, online, relaxation

(yes even hardcore gaming can be done on consoles. PC elitist snobs can go away, similarly, PC haters can go away)

If you read all the way down to this comment, i would reccomend you go outside for 5 minutes, you care far too much what some no name in their moms attic thinks.

I'm sorry but no Cockpit view because it "takes too much resources" is a bullshit excuse. Nowadays, that should be mandatory a feature that every racing game should have.

Codemasters, don't screw this up like you did with the DiRT series.

They must be watering down the PC version so the gap between consoles and PCs is smaller.

That's why I cant wait for the new generations of consoles. I don't plan on getting one. But once they come out I will be getting console ports that will actually use the power of my PC.