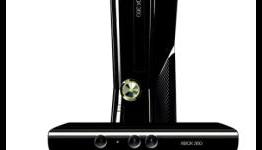 The Xbox 360 was launched at the end of 2005, quite some time ago, but a lot has changed since we first snapped up our original console.

You know it's time for the next gen once you see these types of articles.
R.I.P. Current Gen.

This was probably one of the worst console generations ever anyway.

it started off really good, but I think we have really seen the influence of the men in grey suits and the big wigs.

Milking has been taking to new levels, everything is aimed at the casuals now, or at least everything is trying to be more "accessible".

I am not sure how much different next gen will be, usual this sort of stuff only gets worse.

This generation was brilliant in my opinion. It had everything for everyone really. Just listing all the amazing AAA games on all platforms is a mammoth task!

I know I sound old saying this but how time flies! I cannot believe it's been 6 years already! 6 years! Where has the time gone?!

When I bought my 360 in November 2005, I did not expect all the things it actually offered.

Back then, it was just logical that GTA, Resident Evil, Tekken, Final Fantasy, Metal Gear Solid or Devil May Cry were Playstation exclusives. I haven't even heard of VoD, which is a very good alternative to disc format movies. I still own and buy DVDs / BluRays, but VoD is another welcome addition. Especially for movies I am not sure if they are good.

Now TV series are finally available in Germany as well. I will buy a couple of seasons later.

XBLA turned out to be awesome as well. I can even watch the Bundesliga on my Xbox, which is just awesome.

Xbox 360 offered way more than I anticipated in 2005. Heck, beack then I had to explain to a couple of non-nerd-friends, what HDTV actually is.

When another genre is more popular than FPS it will I have no idea why people think it is the fault of companies following what consumers want. You go to PC and one of the highest type of games played are not FPS but MMO, RTS and simulations like Football simulator. Why does it even matter what genre is more popular if you have a taste for something outside of FPS? Plenty of games across all platforms and on individual systems to get your fix outside of FPS. Nothing to complain about.

New IPs are never a gurantee thing. You keep asking for risk when that one risk cn cost the company to go down. it is the reason MS had 3rd party focus on games vs internal studios. They recognized back then that the risk were too high. Even Sony has realized this. Not saying New IPs won't come but assuming that a new IP is not an FPS doesn't gurantee success is going to follow no matter what system(s) it releases on.

I said generic FPS, there is nothing wrong with an FPS game but they are all following a trend which has become stale and boring.

Games like Watch Dogs, Beyond: Two Souls and The Last of Us are three new IP's I can think of off the top of my head which have shown that new IP's are wanted and don't need to follow the trend. not saying they are all 100% original because they aren't but they still offer a new experience where as games like COD, MoH etc don't.

Last of us - uncharted and tomb raider

I agree that these are all New IPs where the community has shown an intterest in but 2 out of 3 are apart of that generic genre.

I don't see anything wrong with being apart of a generic crowd so long as you bring something interesting to it like story, atmosphere, graphics and art style.

Cod and moh are fps but to me it's all about the story. I don't play cod online but I buy the games for the single player campaign because I love the stories.

When I bought an xbox 360 I liked it for its gaming and its community on games.

Now I turn it on and I look at all the useless tacked on shit that was already available on my PC anyway e.g youtube, netflix etc and I question wether or not MS is really about the games or are they just trying to basically turn the 360 into a restricted PC they can control and set the rules for pricing on (MS points) and the answer is yes, yes they are just trying to make the xbox into an entertainment hub and some may like that but I as a gamer do not because they have forgotten the core fundamental of an xbox, a gaming console.

I don't know why you or anyone continue to try and single MS for offering that 360 as an entertainment hub when Sony is and has stated to go in the same direction. We have all known since prior to the Xbox launching what the future plans and roadmap was.
Just because MS isn't pushing out more games under them than what Sony has done doesn't mean they don't care about games. It really sounds childish to try and claim one company over the other doesn't care about games. Yet one of the biggest games and exclusives of the year is coming out in November.

Sounds like some of you like to selectively ignore actual facts and bitch just to bitch. Yet don't have half the facts straight about what you are even whining about.

Remember when Sony had all that stuff at the start and everyone was hating on them for it? But now it's okay for Microsoft to do? Besides, it's not like Sony has ever appeared to focus more on these services than on gaming, which is something 360 owners(not all) HAVE said.

And why did you even bring up Sony, when Zha1tan didn't even mention them? All he brought up was his concern that Microsoft isn't as focused on GAMES as they were when he got his 360. Talk about sounding childish, it's really childish when you bring up another company the way you did, to make it seem like people are making a comparison they didn't make.

That kinda, no, COMPLETELY ruins your argument, as the whole thing is about what Sony's doing, in comparison.

Wanna defend Microsoft? Have at it. But do it by DEFENDING MICROSOFT, not ATTACKING SONY.

Yes we know your a Fluffer for Sony and any comment in relation to Sony gets you all hot and bothered. Not even going to bother explaining the point which is ironic when the same thing get said repeatedly over and over that isn't true.

Both companies in 2001 were touting the PS2 and Xbox to be the center of home entertainment. MS and Sony are doing the same thing but MS is doing it more seamless than what Sony offers in comparison. So it isn't attacking Sony idiot it is simply pointing out that both consoles have the same strategy and as a owner of both systems I know I can choose what I want to use and do want with the options available. You can go back to pleasing Sony now.

I dont believe I mentioned Sony at all in that post, can you please point out where I said Sony?