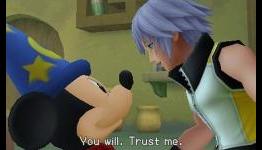 gamerevolution.com
- Comments (3)+ Comments (3)
TopNewestOldest
The story is too old to be commented.

Looks great. Really wish I had a 3DS to play it!

I'll be getting a 3DS XL later this month, so this is near the top of my list of games to get.

Will buy with 3DS XL