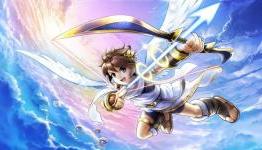 10 Retro Titles Desperately in Need of a Remake

"If the current trends of what’s being made in the game industry are a superlative indication, it’s that reboots are all the rage. Just look at the remakes that exist in the form of modern incarnations, such as Kid Icarus, or the arrivals that have released to capitalize on titles that have merely been out a decade or so with Halo: Combat Evolved Anniversary being the latest offender. Then again, there are franchises that have numerous titles getting constantly released over and over in various forms across innumerable platforms. Resident Evil is a prime example, appearing on the PlayStation, GameCube and Wii just to name a few. So, it begs the question why these ten titles haven’t been given the opportunity to be resurrected and shine once more."

Chrono Trigger in HD would be nice.

I want a new Rampage and General Chaos bad!!

Sometimes I have to wonder where the general consensus belongs on HD remakes at this point.

Some people get aggravated at the thought of a remake because they're more in favor of new experiences. Adversely Some people get ecstatic at the idea of an HD remake/port of their favorite classic.

They teased us with that tech demo from a while back.

Man, Road Rash was one of the only great games on the 3DO, and probably the first game I ever played with a soundtrack comprised of actual bands (Soundgarden, Monster Magnet, etc.) It was fan-fucking-tastic.

I think nightmare creates should get a remake and panzer dragoon

2xtreme wow that would be kool what about gunsmoke

Agree 0Disagree 0
▼✖-+
SPAMInappropriate
Show all comments (12)
The story is too old to be commented.
50°

10 Best Godzilla Games of All Time

The NES had Some Pretty Good Shmups

For Kaiju's Sake, Somebody Make Godzilla Destroy All Monsters Melee 2

Shut off your brain and have fun - Rampage: From Video Game to the Big Screen