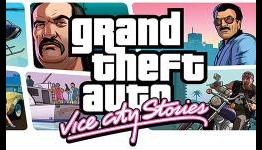 PushStartSelect: "The Vita can play PSP games, that isn’t breaking news. In fact during the current downtime of no new releases for the Vita (it happens) PSP games seem all the more enticing. There are plenty to choose from already, and we could write a whole list of games you should pick up. However you either already have them, or have seen someone get excited about it. Well what about the game that are still missing? We know some games are simply not “approved” for the Vita store, but still work so we will tag them. "

In North America at least, GTA Liberty City Stories is already available directly from the Vita PS Store. Vice City Stories is coming next week, July 24. And like is stated in the post, GTA Chinatown Wars is transferable from the PS3. So why even mention GTA?

One PSP game I'm waiting for is my damn Midway Arcade Treasures Extended Play. I love that thing for being the ONLY version to have MK1, MK2, MK3, and a ton of other Midway hits in one package.

appreciate the info (vice city next week) i didnt know and was bummed that it might take forever, this is great news. gtaLCS looks really good on vita just bought it n im really enjoying it.

i want a socom game on my vita.

I agree with Valkyria Chronicles

Those four are really the ones I wanted:

Anything else would be a bonus.

Yeah I agree, and you mean 2 and 3 of course. I REALLY wanted 3 to be localized.

Holy SH*T somebody who remembers!! First game I got for my PSP and still one of the BEST! played the crap out of it. Hopefully the VITA will emulate the PSP in full speed while running this game because the cpu on the PSP was locked at 222mhz at the time the game was released and the framerate wasn't too good unfortunately.

yeah man, i bought it blindly thinking it would work in the PSVita and it doesnt :,(

GTA: VCS, MGS PW and MGS PO are playable on vita, atleast i think i saw myself playing them before

Why is the Vita store still full of bargain bin shovel-ware crap? Where is Syphon Filter? MGS? Midnight Club(not the crappy LA Remix one)? COME ON ALREADY!!!

Seriously, why is that game not compatible at all? It was a great game and I would download it the moment it was confirmed compatible. Sony, make it happen somehow.

Hmm.. I think i saw JdA as an available download game on the PS Vita US Store..

I care not what the mass media says & Nintendo fanboys, PSP is the greatest handheld with the best quantity of quality titles.
It deserved MASSIVE success early in it's lifecycle instead of so late. No, it didn't have 2 analogue thumbsticks for shooters, as we all would have liked,...but no handhelds did (until the Vita), but it was a positive in a way really, as it inspired developers to come up with more than just rehashed shooters (which I fear is going to stunt PSVita's growth & huge potential). Games like GTA:VC & such were pretty awesome on PSP & didn't suffer at all really from Sony's ommission of the 2nd thumbstick, & there were games like Loco Roco & such that were tailor made for PSP & thus didn't require more than 1 stick to play.

I really hope the Vita enjoys much success, I just hope due to the COD announcement & impending release that developers don't massacre the machine potential with nothing but shooters dominating the shelves & PSN.

well said. but i mean, i would like the vita to have shooters, its the first handdheld that can handle a shooter properly, i just wouldn't be surprised if they make a lot f shooters for it. that's what i want anyway. shooters, racers and JRPG's for me.

20 Best PSP Games of All Time

The Out of Place Artifact - A Metal Gear Solid: Peace Walker Retrospective