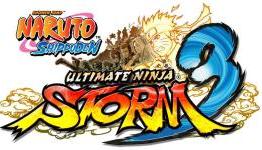 Saiyan Island explains the controls in the new Naruto game.

i cant wait to start battles from the start of the match!! kcm naruto all the way!!

... I quite liked it as a last resort which could turn the tide of the match.

I'm hoping they'll introduce some cool new stuff, like air-throws, counters, 'stomps' when someone is down, throw-combinations, jutsu-clashes (I think that was in NUNS1, but they took it out), different team-jutsu finishes, instead of just the standard ultimate jutsu to finish the team-jutsu...

Also, I really hope that now they'll come up with some interesting levels (backgrounds) to fight in, cause the current ones are quite bland. Generations is already a bit better than NUNS2, but still there are too many boring levels in there.

Finally 2: Instead of unlocking screenshots from the TV-show, I would REALLY prefer to unlock gorgeous art by Kishimoto (both sketches as well as finished colored work), and concept-art from the development team!

"Brilliant ideas! You're hired!" Is what I would say if I worked at NamcoBandai.

Those are some really excellent ideas. Do you think a 3 vs 3 player multiplayer mode would work well instead of just having assists?

I am more worried about the "Secret Factor" system... DBZ Raging Blast had something similar to it, and it destroyed the flow of the battles.

Also, I want the ability to equip Jutsu to anyone like in the Naritimate Hero games. So what if I want Ino using the Chidori! It was awesome to be able to do that!

Boss battles only/ Was in UNS 2 as well. Worked well for the boss fights. Ie' Sasuke vs Itachi shurikan fight, Naruto vs Sasuke jutsu clash etc

Top 7... Attacks that Casually End All Life as We Know It

One Piece Pirate Warrior 2 Vs Naruto Ninja Storm 3 which one you will prefer?