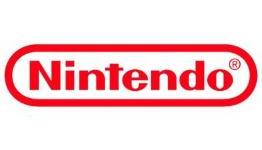 When Nintendo's upcoming 3DS XL was first revealed to the public a few weeks ago, most gamers had one question: Where the hell is the second analog stick?

" Attaching a second analog stick is possible, but it would have made the system even bigger, and, though it perhaps puts a burden on people that really want that second stick, it's a call we had to make and these people will have to live with it.  "

How about saying: "We need to have extra income from those who want the Circle Pad Pro XL add on to recoup our loses".

"... that 3D effect that we can see, from my point of view, that it's an important element. But as human beings, this kind of surprise effect wears off quickly, and just having this 3D stereoscopic effect isn't going to keep people excited.  "

As much as I hate to admit it I'm getting a little worried about Iwata and his comments sometimes..please Nintendo don't downplay one of the few features that truly make your system stand out! Personally I love the glasses free tech in my 3DS and am starting to get a little worried about it's continued existence with these kind of statements..

But... he's completely right. The 3D is a gimmick. It's a nice hook to get people interested in the hardware initially, but it does nothing to maintain long-term appeal.

Only a solid library of games can really do that.

In terms of DS/3DS functionality, the most important element is the stylus-use touch screen.

dont be, thats not the full quote

its funny how you left out this quote

" some games out there that are really using that 3D effect that we can see, FROM MY POINT OF VIEW, that it's an IMPORTANT ELEMENT"

"It makes graphics more impactful. It proves a sense of immersion that 2D doesn't have. So I would say generally that 3D IS BETTER THAN 2D"

The vita is SMALLER than a 3ds is. Lets translate that quote.

"We'd rather spend money on cheap gimmicks like motion controls and 3D rather than features that gamers can actually use."

That's about as bad as Sony saying rumble was last Gen for the reason why it was missing on the sixaxis controller.

because it was an added expense for Sony to buy the rights to on top of the expensive console and added cost for the gamer.

Yet they managed to squeeze in later due to the PS gamers' demands just like PlayStation All Stars game.

Sony just listen and do their community requests so bring up your complaints with the PlayStation community gamers not them.

Get your facts straight. The ps3 would've had rumble, but they were being sued by Immersion for patent infringement which they undoubtedly lost. That's why they removed it. The PS community had nothing to do with the lame excuse.

Why thank you, nintendo, for that amazing and startling revelation. What next? The wii U can't be used as a basketball?

wtf nintendo?? you just made a 3ds xl and it isnt big enough for the analog???? come on

In the space of that new 3Ds you can't fit in a second analog and still be comfortable to use. How about think for a second?

What Nintendo will do is make an entirely no console successor that is BC with 3DS games and it will have dual anaolog sticks and it will sell millions.

Anyone with eyes can see that. They would have to make an even bigger body in order to put in a second nub and still be comfortable to hold.

Its a compromise im glad they didn't make.

funny because i think your mostly alone with that thought.

the analog could fit, because if you think that 2nd analog add on looks comfortable and not awkward there is a problem with you.

fact is we got the 2nd analog, and its not good anyway.

games like kingdom hearts, monster hunter and well any 3d game that needs a camera stick needs it, but oh well, maybe the next nintendo handheld......maybe

Just out of curiosity, where would you put a second analog on the 3Ds Xl?

Open up a 3DS and look at where the first analog is. Now look for a spot on the 3DS where you can fit a second one. Just because the outer shell has a spot doesn't mean you can magically stick one there.

Also, the cost of the 3DS would go up as well, not everyone will use a second analog so ATM it's easier to have only the ppl that play the games that require it pay for the add-on. In the future I'm sure more and more games will make use of it, people can't enjoy a bigger screen and better battery life, they just have to complain about something they don't even fully understand.

Gonna have to disagree with you there. I played the Demo and I was immediately worried about the controls. The lock on feature sucks because you use "R" to rotate the camera and not lock on. And using the D-PAD to change between skills wasn't easy. Definitely one to buy a Circle pad pro for...

lol wut? so the 3ds XL wasnt big enough either? funny because it looks like one can fit there fine, sure maybe that certain spot on the mother board is taking up space under the shell but im sure they could figure it out.

they just wanna be lazy and make money on the extra analog stick.

its called a fail when you admit it wont fit yet you only offer an extension so it works. its called planning lol

Bigger screen so it needs a bigger battery? I'm not sure where the battery will be positioned but it might be the reason.

Wait until someone takes it apart before calling them lazy. Or a liar, that's my initial reaction .

"its just something theyve got to live with" Now that was a BS statement.. No 2nd cp just means that most games wont even use it just like now... Sucks but hey, u heard what he said.. This is another reason i dislike Nintendos philosophies.. Oh well, i aint buying it anyway so i dont care

Review: Season: A Letter to the Future | Console Creatures