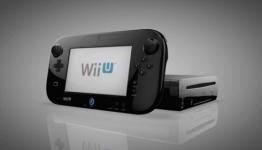 Shin’en Multimedia: ‘Wii U Is Very Easy To Develop For & Doesn’t Have Many Limitations’

Shin’en Multimedia’s Manfred Linzner was recently interviewed by SuperPhillip. During the interview, Linzner revealed that Shin’en Multimedia is almost finished developing a new game for Wii U. Linzner is impressed with the Wii U console and claims that it’s very easy to develop for. According to Linzner, compared to other current generation platforms, the Wii U does not have many limitations. Lizner also revealed that Nintendo doesn’t really put restrictions on developers who bring their content to the eShop.

too much talking, where are the amazing exclusive games? i havent seen a game that make me go buy the system on launch date, stop the talking and show me the games.

They're not finished yet? Game development isn't snapping your fingers and having a game ready for the public, you know.

where are the games? wii u have a bunch of current games, casual crap games and one decent Zombie game, if its so easy to develop for and doesnt have many limitations why the launch line up is looking mediocre? where are the games i ask again? too much talking and no actions

Tell that to the gaming media about the Playstation Vita.

Though i do agree with remanutd55 that it would be nice to see Nintendo show 'new games' rather than ports from year old games & more Super Mario Bros. Sure they showed that Lego game & Zombie U but i do not think that is enough to quell the doubters.

Right now it is all talk & that gets you no where with fans.

…
“We have a few Wii U devkits since quite some time. We even almost finished our first Wii U game. The kits exceeded our expectations in every way and we still learn how to get the best performance out of it. A good thing about Wii U is that it’s very easy to develop for. You don’t have so many limitations like on the other current gen platforms. For us the Wii U is the perfect platform with enough horsepower for many years to come. I think we currently only tapped 20% of its potential and our first game already looks and plays brilliant.”

“Digital is of course the future. We love that Nintendo doesn’t really put restrictions on the developers what they want to do in the eShop. For us as a small developer it’s like a dream come true to be able to design whatever we want and to bring it quickly to the players.”

@remanutd55
PS3 and x360 also had tons of PS2/GC/xbox1 games at launch (COD, Tony Hawk etc), so why are you complaining about "current games"? PS3 also had only one exclusive at launch (Resistance).

WiiU will have at least 4 good exclusive games:
-Pikmin 3 (looks fun)
-New Super Mario Bros U (I don't know if I will buy it but I am sure lots of people will buy it)
-ZombiU (I like the concept and I will buy it)
-Rayman Legends (multiplayer looks REALLY fun and I am buying it day one)

There are also some other exclusive games that I am not sure if it will be good:
-Lego City
-Scribblenauts Unlimited (WiiU version is different from the 3DS version)
-P-100

There you have it, much more exclusive games than PS3 had at launch.

Ports from current gen(like Batman, Mass Effect etc) are something normal, even PS3/x360 had PS2/GC/xbox1 games at launch (as I said before) and you are ignoring that.

Games like Assassin's Creed 3, Darksiders 2 and some other games are good to show the WiiU is getting some third party support. You guys complained about the lack of suppor and now you will complain about the support? What's the logic?

Resume: Your post is just trolling and you don't even know what you are talking about. You just want to complain for no reason about a console that is not even out yet.

And people complain about Mario, but fans love it, just like Uncharted/Gears of War/God of War/Halo fans will want more, it doesn't really matter if you call it "rehash", "milk" "more old mario" or something like that.

Pikmin 3, Project P-100, ZombiU, Rayman Legends, Tekken Tag 2, Project Cars, Darksiders II, Aliens Colonial Marines and a version of Ninja Gaiden III that supposedly doesn't suck to name a few. And they are all in the launch window.

Apart from Ninja Gaiden all of these games are new.

This is proof that the Wii u is weak with hardware power comparable to Xbox and ps3.

The console is said to be very easy to develop for so since its so easy then devs should be able to utilize its strength when making ports of games or exclusives. The Wii u haven't shown anything above games already available this gen technology -wise. It is said that it has worse graphics in some games than Xbox and ps3

A nintendo console putting out 360 graphics? Where do I sign my liver to?

And from this article you get that the WiiU is weak in comparison to the 360&PS3, even though he clearly states that WiiU doesn't have many limitations compared to current consoles! That's some reading comprehension on your part for sure...

This is great! Xbox 720 & wiiU will most likely make sure PC ports will not be messed up performance wise. Not sure what sony hardware will be like. I doubt they want to be the weird kid sitting in the corner by him self.

I also think wiiU will better for mmos than ps3 or 360.

"Doesn’t Have Many Limitations"

Except running the Unreal Engine 4...something I'm betting third party developers will probably use next gen

You're aware Epic has not yet confirmed what consoles can or cannot use Unreal 4, right?

I'm pretty sure Epic will want consoles to use UE4.

LOTS of developers have used UE3 this gen, they wouldn't want the UE4 to miss out next gen. When a lot of developers are most likely to use it.

They confirmed that even smartphones will run the engine. Stop making stupid assumptions (that make yourself look stupid) and let's wait for the announcement of the platforms.

VanillaBear, I feel like your grasping for straws now...

Lol, what'd you know about UE4? Stop trolling round spreading your unfounded bullshit. It's only been announced for PC so far, but they have said it's designed to be scalable, like UE3... which runs on figging mobile devices... moron.

"Except running UE4" lol, shut up and sit the fuck down.

@VanillaBear: I know you may not understand how graphics engines work, but please stop inclining that WiiU won't get the Unreal 4 engine because of less horse-power. That's not the determining factors here! If the WiiU utilizes a GPU that is up to date on current graphic features and abilities it can run UE4, it's as simple as that. Now that being said, will the 720 & PS4 run it better? Most likely... But lets not pretend that it's a horse-power issue when it comes to wether or not UE4 is on the WiiU.

What does this dude know, just read the comments of some die hard Sony/MS fans on N4G that have no experience or knowledge of the system. They're the ones in the know right.

For instance - are all PS360 mutiplatform titles considered the same? (performance wise) I've read articles on how the Skyrim edition on the PS3, suffers from a few issues (though they might have been alleviated now).

Was that Gearbox employee being sarcastic when he stated that the Wii U has a great CPU?

Oh thats right some developers who have made nothing but medicore games that look like they'd be suitable for the iPhone. But, of course to them there would be no limitations on the Wii U.

And if these same people came out and talked about how WEAK the Wii U is then you would eat that up INSTANTLY and you know it lol.

Actually, replace "Wii U" with "Nintendo". It seems anything Nintendo on N4G is met with negativity. I wish that wasn't the case, that each of the Big 3 was met with the same standards, but it is what it is.

LOL_WUT is the same troll you see on every posotive Wii U article,same with VanillaBear, and MikeCosgrove (Even though he's surprisingly not here this time) they're all getting desperate on thinking of negative things to say.

Well they are basically a handheld dev that is a exclusive to nintendo, and are used to working with older hardware.

" According to Linzner, compared to other current generation platforms, the Wii U does not have many limitations."

Funny since they never developed a ps3 or 360 game, what the hell does he know, sorry but a exclusive dev used to handhelds commenting on the wiiu power, fascinating.

So what was it a slow news day pops, yeah i'll 15 disagrees from the pro nintendo crowd, but why the hell would anyone listen to a nobody handheld dev discussing a next gen consoles potential.

If you have to dig this deep for positive wii u news, your trying way too hard.

Like remanutd55 said, show the games because talk is cheap, especially in this case.

That's great to hear if it's true. Hopefully the development kits aren't that expensive either so more games get released for the Wii U by developers.

They've learned their lesson from the Nintendo 64 it seems which was said to be harder to develop for so not many games got released for it. The only problem is ''shovelware'' which they should assess before games get released on their consoles.

Here's what I wonder about. All of these indie developers are coming out of the woodwork in support of WiiU bringing software to the eshop. Is there something that we are missing here? There were rumors that Nintendo had meetings with Google awhile back and I'm wondering if the WiiU has some sort of custom Android OS. Rumors were stated recently that 512MB of flash RAM was being dedicated to the OS alone and if that's true, that isn't a normal video game console style OS then.