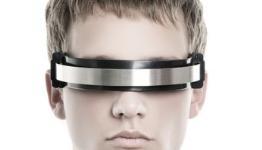 Sony PS4: 6 Features It Needs To Be Awesome

Sony PlayStation 4 or more commonly known as PS4, still has some time left for its official release date. But there are many fans who expect some features which they would love to see in their future PS4.

so in other words you wan't developers to make better games.

Lol cause in the end, no matter how great of a console it is, it isn't S**t with out good games imo..

It is a good list, and it addresses a lot of the issues I have with the current PS3. The voice chat is just atrocious, but I think the PS4 will not offer backwards compatibility.

If its true that Sony abandoned the Cell, they wont be able to offer compatibility with PS3 games. I think the reason they bought a Cloud gaming service is so that they can offer PS3 games through that, at a price of course.

Your right about investment. Wit the amount of free games for the ps3 right now, including the upcoming Dust 514, the highass price from before is somewhat justified.

Well any gaming console is an investment, I'm a gamer and games are my hobby. That is how I look at it anyway.

The one and most important only: Focus on the core and don't go Microsoft style and follow their lead.

I'm afraid if they don't cater to a wide audience they will be left in the dust.

That doesn't mean they shouldn't keep delivering on the exclusives.

But most Xbox users hate Kinekt, and never use other "typical home family" features. Also, Xbox Live is a huge ripoff, with online play restricted unles you buy it, as well as Netflix and services free overall on other consoles.

I'm afraid if they don't cater to a wide audience they will be left in the dust.

ps3 do NOT!!!! cater to a wide audience, only!! to CORE gamers. if that was not true i would have more ps3 games than Gran Turismo 5,need for speed "The RUN",NEED FOR SPEED HOTPURSUIT, RATCHET AN CLANK TOD,QFB,ACIT,A41...MILITARY GAMES I DONT PLAY...Sony left ol school gamers behind.

@ ziggurcat
if ps4 price be 500 plus tax 638.00 which i doubt..that would hurt sony tremendously. I believe sony would not be foolish to release another high-price console. ps4 should be competitive with wii-U price 299-349

I didnt see any complaints about the games though & Isnt that what the system is for? Some of those issues are far worse elsewhere..

1. Backwards Compatibility - no. it doesn't need this, i don't know why people are so hung up on being able to play old, antiquated games on new hardware. it's a waste.

2. Physical Discs: not sure where people are getting the idea that it won't...

4. Shorter Loading Time: if you're that impatient to wait less than 1 minute for something to load, you probably shouldn't be playign video games to begin with...

6. Good Initial Price: we're probably looking at least a $500 price tag for the next playstation...

Yes but It's not just PS3 games it's all the downloadable games you've bought this generation.

Now yes cloud gaming can offer away of playing are Ps3 games and downloaded games but I personally don't like that idea, but I suppose It's better than nothing.

1. I'd rather want to sell my old PS3 and have a single console that can play my old games, or games that I never bought and would like to play.

2. The gaming industry is becoming more and more digital, but some games on the PS3, like God of War 3, is 38GB and I doubt people would want to download that, so discs won't be dying anytime soon.

3. Cross-game voice chat and better quality voice chat is needed on the PS3

4. Depends on the game and sometimes games can be over 5 mins loading.

5. You can upgrade your HDD on the PS3 without voiding the warranty, would be idiotic to not include this on the PS4

6. Sony lost over 4 billion dollars the first few years with the PS3 because they sold it for less than the manufacturing cost.

Virtual Reality. Ever since the Sega Genesis almost had VR Ive wanted it to be a part of consoles.

I know it prolly wont ever happen but Id take that over gimmicky 3D any day.

Considering the pic of the article i was expecting this to get a mention.

I'll be getting whatever console incorporates VR first.
Hope we get it soon.

All of this seems like a given except BC because it seems that it will lack that. And no downloading the games or a cloud service isn't the same.

Well initial price is tough but I expect a $400 price tag which is reasonable.

I hope that site was just poorly translated...

On top of that, please include cross-chat so I can talk to my friends regardless of what game they are playing.

Vita has it so it'll no doubt be in the PS4.

For the love of g-d, no more long loading times!!!

Do you just mean ingame load times? Cause PC hasn't even been able to accomplish no load times at all.

You know if you hit the PS button while playing a game? Stuff like that which can currently take close to a minute in some cases.

Backwards compatibility would be awesome but i don't think it will have it because ps3 still sold well and didn't have it. I want it tho because i won't have space for ps3 and ps4 to be hooked up at the same time.
Keep the discs for sure, because if there is a problem with the disc you can return it, you can't return downloads :(. Plus you can play discs at your friend's house.
I never tried the voice chat on the ps3 XMB so i don't know if its bad quality. I use voice chat when i play games tho and it works perfectly so i don't see why it wouldn't work on XMB.
Very rarely have i played a game that has a loading time that actually takes away from the game. I disagree with the article because if they added a more powerful processor just to take off a few seconds it would raise the price. Im not saying not to have a more powerful processor but not include it just to decrease loading times.
I agree it needs a bigger hard drive but not a terabyte. The writer obviously uses his ps3 more than the majority if he filled up 320gb in a few months. He probably bought games every week and downloaded a lot of stuff from psn. Most people probably don't have the money or time to do that so it would needlessly raise the price. They should have like 400gb version and eventually release a 650gb version. Im guessing its gonna be like ps3 where you can change the hard drive yourself so if they just have to keep that so those who need 1tb can put it themselves.

He forgot to mention how will Gaikai be implemented.

Only time I have issues with voice chat on my PS3 is if someone has a crappy mic. Usually it's just a terrible echoing not to where it sounds like a bad cell phone conversation

Sony may be losing money on their other divisions such as Tv's n such, but their gaming division is one of the most profitable, and they have already said they aim to focus on the Playstation brand even more.

"While microsoft is making kinect" Most people don't like kinect bro. As a core gamer I, and many others, laugh at it.

"All Sony does is rip off the nintendo wii with the playstation move" Well I suppose kinect ripped off eye toy from PS2? A lot of things in the industry take ideas from competitors, at least Sony hasn't gone into "casual mode" and is still primarily concerned with bringing great games to core gamers.

"Running out of ideas" Out of the big 3 I would Say Sony is one of the most creative. This late in the gen Nintendo has basically given up on supporting the Wii (since Wii U is coming out) Microsoft is content milking the shit out of it's incredibly small list of exclusives. Yet Sony is still bringing new Ip's to the party even now.

can you be ripping off something that was created around the same time(if not before the wii was being deved). Sony had been working on the Move prototypes before the wii was launched, it just took the wii to be successful for them to want to put it in production.

as for handheld motion controllers it's hard to do anything other than a wand design for it to be comfortable and functional.

In terms of hardware, I can't really stress enough for more Ram. (4-6 GB)
With a capable CPU with not enough memory would make the thing bottlenecked and never be as powerful or efficient as it could be. Devs ask for more, gamers know thats whats been needed, so please oh please don't skimp on the memory.

Starting out next gen will look about like the Watchdogs demo in my opinion. I believe Sony will be using some pretty powerful hardware in the PS4. That along with all the optimizing that developers like Naughty Dog are capable of. The first year or maybe year and a half the games might not look as impressive as everyone hopes but after the consoles get a year or 2 of age on them I expect graphics to look way better as time goes on. Look at this gen for example. Look at Battlefield 2 compared to Battlefield 3.

hmm one thing would be loading times fallout new vegas and mass effect 2 had exxxxxxttttttrrrrreeeeeeemmmmm lllllyyyyyy long loading screens some which lasted up to 3-5 min fair enough vegas was buggy as hell and im not sure about the reason for the loading screens for mass effect 2 which i assume it had something to do with all the detail to the ship and talking and etc. anyway loading screens that are at a pc level same with running a game at that level the kind of power that allows for 64 player matches like in battlefield 3 perhaps even more im talking it needs that kind of power.

I agree with all of those except "Good Initial Price". It's the _next generation_, it's supposed to last. If you don't wanna shell out for it, you ain't gonna get sh!t.

Sony, I'd <3 you forever if you release a model with FULL backwards compatibility.

Street Fighter 6 Has Been Rated In Korea

Warhammer 40K Darktide: Everything You Need To Know About Grimoires And Scriptures