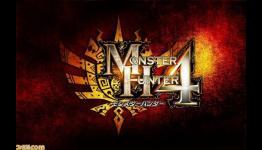 This is Confused Gamer.

I’m writing because this trailer for the Japanese Spring 2013 release of your game Monster Hunter 4 looks awesome. I don’t speak Japanese or live in Japan, so I won’t be able to play this game. Then again, I don’t have a 3DS or any other system for which a North American version of a Monster Hunter game has been released.

That’s because no North American release of any Monster Hunter game has made it to Xbox 360 or PlayStation 3, the two consoles I own. This is peculiar, since these are two of the most widely-owned consoles in the world. Odder still, Capcom has a long relationship with Sony and a PS3 exclusive release of a brand new Monster Hunter game seems like a no-brainer for everyone involved.

Adhttps://www.releases.com/?utm_source=n4g&utm_medium=native&utm_campaign=c1
- Comments (18)+ Comments (18)
TopNewestOldest
Expand all
The story is too old to be commented.

Monster Hunter is coming to PS3, though it's a remaster PSP version. My question though, wtf happened to that. It's out in Japan I think
http://www.amazon.com/Capco...
Sony needs to get this up on PSN with multi language. I mean they have the translation already from the normal PSP version.

SCEA and SCEE won't release it. Capcom won't follow proper publishing rules that are in place.

It doesn't have trophies and it doesn't use PSN, it connects to the internet using Ad-Hoc Party, specifically an updated Ad-Hoc Party uses that was never released outside of Japan, so it would require Sony to go back and fix a service hardly anyone uses for one game and it's not worth the effort as far as they're concerned.

It's a lazy PSP remaster, it's not like, say, the God of War games or Peace Walker.

Capcom are greedy as hell. They don't care about a franchise or what stage it's at.. it starts on one console then another company will offer more money and so on, which is dumb because it just splits up the fanbase/franchise -_-

I don't see why the don't use logic and just make them.. multi platform, there's demand for it.

I love how Capcom always tries to say that there isn't a western market for it when they havent even tried.

I think the fact the main series is moving from consoles to a handheld sums the whole thing up. They don't care about the Western market when the game sells millions in Japan.

Bumeo, a lot of the handheld titles were expansions and remakes of the main series.

Then, Monster Hunter 4 on 3DS.

I think 6 US releases is a pretty good try lol

Im talking about Console releases like PS3/360, not PSP games.

Thank you, Forbes. Thank you.

WHAT ARE YOU DOING, CAPCOM? Stop releasing PSP ports and create a TRUE title for consoles. I've been waiting since the PS3's launch.

The true title was Monster Hunter 1 on the ps2..it makes all the other games look like they are holding your hands through the game lol

YES! It's still, to this day, my favorite MH title. Full Fatalis armor with the Eternal Annihilator!

I've been feeling this way for a while. Capcom's whole exclusivity with Monster Hunter on handhelds is so damn idiotic. They are limiting the overall potential of the franchise. They are holding back a franchise that could be even more popular than it already is. Imagine Monster Hunter on an hd console with Xbox Live/PSN online. It just makes to much sense.

As great as a console MH game would be, don't expect it to happen anytime soon. MH is on handhelds for a reason; thats where it sells best. It's not like they haven't tried making it for consoles before. Heck, this is the first main intry in the series that wasn't on a console. And guess what? None of them even touched the sales of the handheld versions. Who wouldn't put half the time into developing a game to get twice the sales? The closest thing we could possibly get in the forseeable future is a Vita version (console-like experiance in handheld form). Thats what we should be hoping for.

Besides, if the made a Vita version, is wouldn't surprise me at all if it was ported to the PS3 with save transferring.

But, when it's all said and done, I too would prefer MH to be on consoles. I'm just saying, as of now, Capcom has no reason to put it there.

Monster Hunter does not sell in America, and Japanese games do not sell too well on American versions of home consoles, hand helds do sell. Monster Hunter is not going to be on ps3/360 is NA.

Well they did release them on ps2 and on wii. They just happen to sell alot better on handhelds because thats what Japan games on and people who like Japanese games in the west own handhelds. Its not a big deal imo, buy a system that has it if you want it (3ds for mh4/tri-g or a wii for tri). It would be great on hd systems but nobody in Japan plays on those hardly and there isnt a big market here for that.

i love it.. Shooter fanatics & casuals have tainted the western market & makes japan think thats all we want.. Some of us play deep games out here that arent sport or gun related!