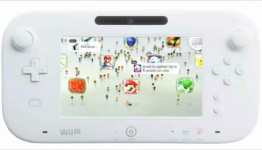 IGN writes: Increasingly Nintendo is acknowledging that gamers aren’t alone in the world - that they want to interact with others around the world and show off their gaming skills. At this year’s E3, Nintendo unveiled its core social element for Wii U. Titled Miiverse, this home screen for the new home console will not only highlight popular games but allow players to discuss and celebrate games in a manner that is unique for each title.

This is yet another reason I will continue to support Nintendo. Nintendo is not trying to compete with MS or Sony, they are doing their own thing while giving gamers something different and new. You simply can't say that about the other guys. I have to say that I am no fanboy as I currently have all three current-gen consoles.

Imo that is what always justifies the purchase of a Nintendo console. You are getting something that you cannot get anywhere else.

...truthfully I would be a PC only gamer if not for Nintendo, but I respect the fact that you own all 3 consoles.