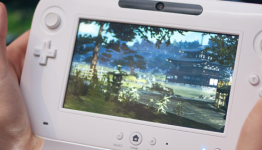 Should Nintendo Hold Off The Wii U’s Release?

The answer is yes, a definite and resounding yes, but there are very good reasons as to why. As hard as it is for a pleb like me to question a company that can market garbage successfully, I feel it is my solemn responsibility to let Nintendo know that they shouldn’t release their ‘new’ console in the year of 2012, and that you, the unwitting yet surprisingly literate consumer, shouldn’t want them to.

No. A year head-start is highly beneficial. They'd be crazy to not use this opportunity.

Their argument is that they should delay it so that they can have a better titles to coincide with the launch of the system which is stupid.

Might as well release it now so that those who want to buy it now will buy it now and those that want better titles will buy the Wii U when the titles they desire arrive.

It makes no sense to delay a system purely for more launch titles.

And the launch line-up is actually pretty decent. No console has actually had an AMAZING launch line-up (other than probably the Dreamcast), so the Wii U's line-up compared to the 360's, Wii's, and PS3's; it's pretty damn good.

The launch lineup is one of the best Nintendo have ever had. And we know there are games they haven't shown. If they launch late November/early December, they would have black-ops 2 as a launch title. Come on we all know its on there :P Most likely Tekken and Mass Effect would be day 1. Darksiders 2 is day 1. Thats some big third party titles. When you combine that with their obvious trump card Mario we all know it will print money provided its priced right.

There is also a good variety in what they've announced (for a launch lineup). Ignoring the shoddy conference the lineup is pretty good. And most of them are confirmed before years end so it shouldn't take long for others to get there.

I want a black WiiU + 7 titles, so I think the launch line up is decent (not AMAZING), but it's something I am ok with.

One of my biggest problems is that Nintendo is still holding secrets/features and even launch games like Fifa and probably COD, I wonder why. Is it some kind of strategy?

I wish we could have all the details already.

I knew the article was gonna be garbage right away, just read the first sentences.
"The answer is yes, a definite and resounding yes, but there are very good reasons as to why. As hard as it is for a pleb like me to question a company that can market garbage successfully, I feel it is my solemn responsibility to let Nintendo know that they shouldn’t release their ‘new’ console in the year of 2012, and that you, the unwitting yet surprisingly literate consumer, shouldn’t want them to."

The things I would like to point out are: First he says they can market garbage successfully. Hes obviously talking about the Wii and the second sentence into this article hes already showing his bias twords Nintendo, poor journalism at best. Second says 'new' console as if he doesn't think its actually new. Okay lets see here. Its got upgraded hardware, multiple new controllers , new features and new games. May I ask what more do you want from a new console? A little tip, when attempting to write and article, first of all use facts, and second try to stay unbiased. I mean for you I can see that's incredibly challenging and well... probably damn near impossible, but you could atleast try don't you think? Also to the topic, no they shouldn't wait to release it, look how much of an advantage the 360 had.

No, and awful read btw.

3rd party devs have invested a lot of time and money into the WiiU. As crazy as this may sound, these companies might actually want to make some profit for their labor some time soon... understand?

Just because you don't like the launch titles doesn't mean that the WiiU shouldn't be launched. It has seen two E3's already! It's go time folks!

It's always great when people make comments that show that they understand/consider the business part of the industry.
(Too bad the media and pundits don't see too.)

Lots of gamers seem to think that the whole point of gaming is to have the "bestest" graphics- unaware how that sole focus can be difficult for the industry to strictly follow.

Has the Wii, Gameboy, DS, and 3DS taught us nothing?

The launch games are great im my opinion and are the reason why I am getting a WiiU on launch day. Just because those games do not match your tastes doesnt mean Ninty should put off the launch.

If they don't have a good line up of games around launch they should.

No cause i would like to play it since it look's interesting.

plus more on launch day and i only named two nintendo made games so i thinks out it will be cool.and all these games will be digital download day one.and you can use a USB harddrive.500 gigs is only 40 dollars at a store like walmart.

But ya launching in November would be stupid cause this guy way smarter then nintendo they should make him president of nintendo and president of the u.s. cause he its just so smart!

let em launch.. they need to make money off the ppl who like what they have to offer.. When that special secret topping does come out, others that like its flavor will buy too.. Some may not but each company has its loyal fan install base which 3rd party needs to see before investing time & resources into making games.. I am very curious to see how wii u fairs & whats under the hood

What does the author have against Pikmin?

Nintendo will have one year to make best sells, then heavy weight fighters ps4 and xbox will enter the play and from there what nintendo can do is to stay out of theyr way not to get hit.
So it must be released as soon as possible and hope ps4/xbox will be released as late as possible.

You have a point. The only thing that would save them is if the Wii U is the PS2 of the next gen, the weakest of its generation but the main console when it came to 3rd party support. Hopefully is not that far from PS4 and 720.

I would say that they could hold off if they are willing to tweak the hardware. IF they are not planning on doing that, the best bet would be to release it by the holidays. Like someone said before: Is good of a head-start. The tittles don't make up the reasons to buy it but they're not so bad either. Hopefully gamers can support those titles so they continue to get the 3rd party support.

Final Fantasy 16 Gets Gorgeous Artwork Showing its Characters Including Cid