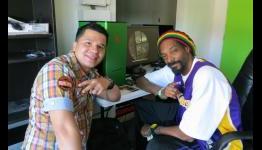 During the “Future of PC Gaming” session in Bellevue, WA famous game developers such as Chris Taylor (Gas Powered Games), Gareth Thomas (), Mark Caldwell () all moved to dismiss the 3D as a viable gaming model, claiming TV manufacturers “need to sell something new” to the audience, instead riding on the wave of movies which score 85-95% of their revenue – by having customers paying for the 3D version.

Snoop Dogg Is Dropping In Hot To Call of Duty Warzone, Vanguard, and Mobile